Last week I wrote a well received article [link] featuring 50 different things that could easily be used as either a Hard Move (for games Powered by the Apocalypse) or a GM Intrusion (for those games of Numenera or The Strange). In fact a few people mentioned they would also work for various FATE games as well. The concept behind these elements is simple enough but as many of us have found it’s easy to run out of ideas or to just keep recycling the same ones while you’re in the middle of running the game.

To help you mix it up and keep your players guessing this week I’m putting out another list of 50 Hard Moves and GM Intrusions. Last time we focused on combat situations but this week we’re going to take a look at these elements in non-combat encounters, specifically social encounters. If you’re a GM I hope you find these useful and inspiring, if you’re a player, well, I hope your GM is generous with the XP… 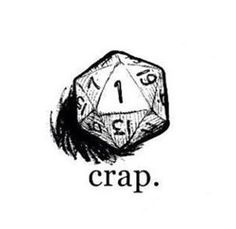 Interaction with The Law

Interaction with a Group

Hard Moves and GM Intrusions can be particularly hard to create on the fly during social encounters. Something to bear in mind with social encounters in general, and some of these intrusions specifically, is that there might not be an immediately obvious effect, unlike combat. Many of these things will make the characters’ lives more interesting after the fact. It’s important to remember that poor social interaction most often has a negative impact on your reputation. And as a creative GM you can use a character’s reputation for all sorts of complications and exciting developments.